Montem were put into a very difficult group so the player’s knew it would be a challenging day to progress.  The team managed to get a clean sweep of victories in our group to put us through to the semi-finals as group winner.  In the semi-finals the team produced their best display so far by winning the game by an impressive 87 runs and, more importantly, progress the team through to the final for a 2nd year in a row.  In the final we faced last year’s champions, Lynch Hill, and were able to claim victory and become this year’s champions!  The team will now represent Slough in the Berkshire Finals. 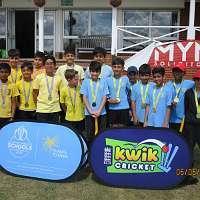 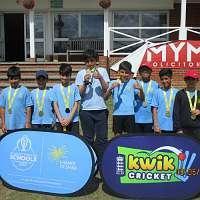