This week, Year 6 thoroughly enjoyed “No pens Day”.  The activities were planned in such a way that the children engaged in their learning without having to write anything.  The day commenced with the children carrying out a challenge, which required them to use their scientific skills and knowledge.  They had to design a structure which would protect an egg from breaking when it was thrown from a height.  Once the structures were made and the eggs protected, the children enjoyed going to the playground and throwing their structures from the top of the slide!  The most exciting part was when the children had to open up their structures to check if their egg had broken.

Next, the children worked in small groups and participated in an Art based speaking and listening activity.  One child in the group had to provide clear and precise descriptions on how to draw a face and the other children had to follow the instructions as closely as possible.

In the afternoon, the Year 6 teachers accompanied the children to the field where the volcanoes (which had been created by the children) were erupted.  The volcanoes were placed on the field and had Coca Cola and Mentos added to them in order to create explosions!  This was truly an exciting and memorable day. 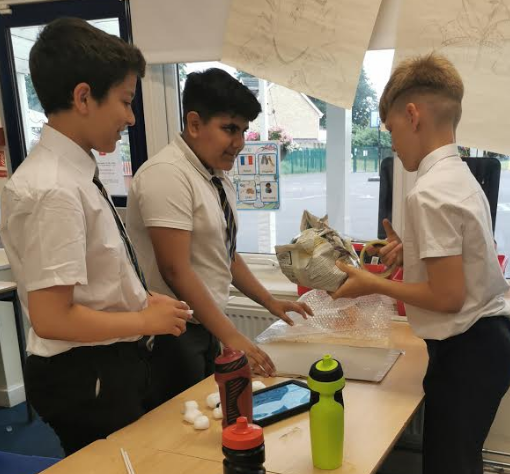 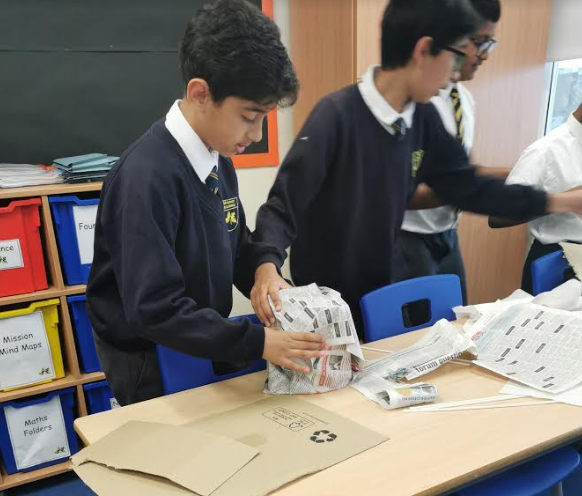