This week we continued to look at “traditional stories” by looking at how they usually begin and end in relation to other stories.  We were looking at information found on the front and back covers.  The children have been trying to predict what they think will happen next and have come up with some imaginative ideas.  The children have discussed what they like and dislike about the story and recognise any patterns within the text such as

“Stop, you look good enough to eat” said each person and animal he met.

“Run, run as fast as you can, you can’t catch me I’m the Ginger bread man.”

They have had a lot of fun deciding together the actions to use when retelling the story, which helps them to remember it as well.  They especially enjoyed being the Gingerbread man, running from everyone.  Some of the children have been dressing up as characters from the story and making related crafts.  They also had the opportunity to decorate a gingerbread man with icing, using maths to count buttons and eyes.  They were allowed to take him home, to show everyone their creation.

In maths, we have been looking at measuring length and height, using key words such as short, shorter or shortest, long, longer and longest, tall or taller.  We have been ordering Gingerbread men by height - shortest to tallest.  We have also been learning to measure items using different materials such as cubes.  Firstly the children were encouraged to estimate the total they thought it would be, then they used the cubes to measure each Gingerbread man to see if they were correct 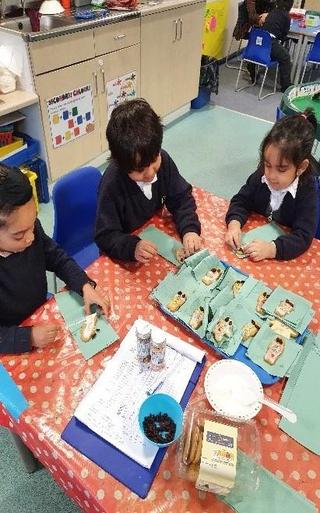 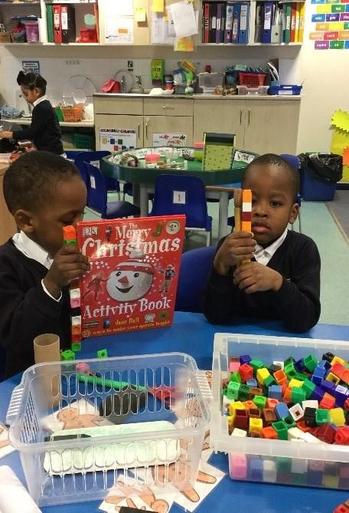 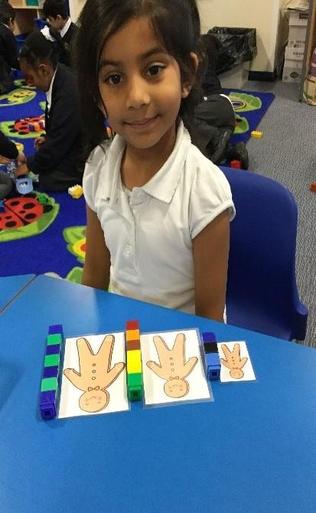