A huge congratulation to the year 4 Dodgeball team, who won the nail-biting final in this year’s Federation Dodgeball Tournament, hosted here at Montem Academy.

All Federation schools were involved in this fast and action-packed team game, where players must dodge or catch balls thrown by the opposition whilst attempting to strike their opponents in the same way.  The game has rapidly grown in popularity over the last decade, particularly amongst schools.

The tournament consisted of mixed teams, battling it out in the group stages where Montem came top of the group on points.  But they had their work cut out in the finals as everyone knew Montem were the team to beat.  The final provided much drama as Montem came close to losing all their players but with one last push as a team, there was a swing in fortune and the year 4 team came back to win in the final minutes and come away victorious! 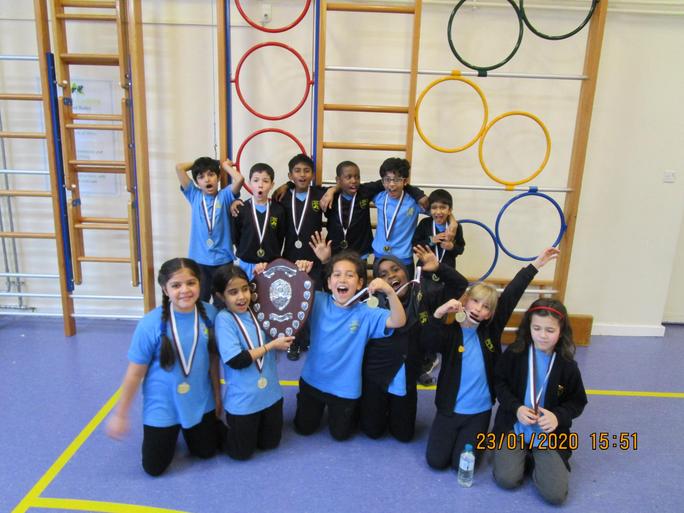